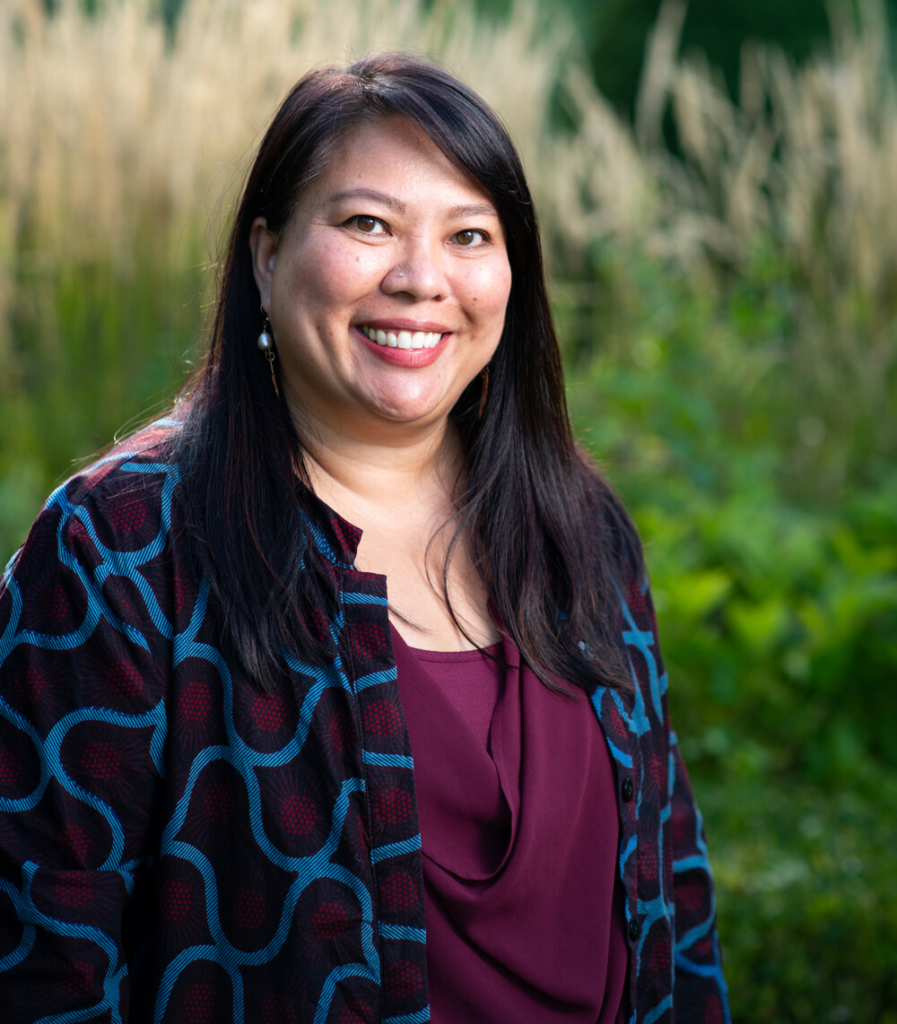 Dr. Liza Talusanis an educator, speaker, leader, writer, life/leadership coach and parent. With over 25 years of experience in PreK-20 education, Liza is an engaging facilitator in conversations about diversity, anti-racism, bias, privilege and power and creates environments that allow for people to discuss these difficult topics openly. Through her direct work with organizational leaders, staff, students, teachers, and communities, Liza empowers individuals to create a more inclusive organization, environment, community and team.

Dr. Talusan has been invited to more than 250 organizations across the country to deliver keynote addresses and facilitate dialogue groups, training workshops, to develop strategic planning, support change management, and empower faculty and staff. Certified as a Professional Coach by the Institute for Professional Education in Coaching (iPEC) and having earned her Professional Certified Coaching credentials from the International Coaching Federation, Liza helps clients achieve their personal and professional goals by tapping into your strengths and vision for goal-centered life.

Dr. Rodney Glasgow is a notable speaker, facilitator, trainer, and activist in the areas of diversity, equity, and social justice. He has given a number of keynote presentations, delivered workshops, and offered consultation to schools and organizations nationwide. He was a member of Call-to-Action, the advisory board to the Vice President of Equity and Justice for the National Association of Independent Schools. Additionally, he is an advisory board member for the Family Diversity Projects, Inc.  He was on the Board of Directors for The Friendly House, a Worcester-based community empowerment organization, and a Community Solutions Council Specialist for Supporting Positive Youth Development with the United Way of Central Massachusetts.

In 2009, he was given the People of Courage Award by the City of Worcester for his work with the Greater Worcester Community Foundation’s LGBT Initiative.  He is one of the founding members and now Chair of the National Association of Independent School’s annual Student Diversity Leadership Conference, a 20 year-old training ground drawing over 1500 high school students nationwide.  Last year, Rodney launched the National Diversity Practitioners Institute, a summer intensive for diversity practitioners.  He is also the founder of Diversity in the DMV, a one-day conference for students and educators.  Rodney is a featured writer in the book Diversity in Independent Schools, and he wrote the prologue for the recently released One Teacher in Ten in the New Millennium:  LGBT Educators Speak Out About What’s Gotten Better…And What Hasn’t.

Glasgow graduated from Harvard University with a joint degree in Afro-American Studies and Psychology, and holds a Master of Arts in Organization and Leadership from Columbia University. He is also an independent school alum, having graduated from Gilman School in his hometown of Baltimore, MD. Mr. Glasgow has been the Diversity Coordinator at Graland Country Day School, Assistant Head of Upper School and Director of Diversity for Worcester Academy, and the Head of Middle School and Chief Diversity Officer at St. Andrew’s Episcopal School in Potomac, MD. Now, he is the Head of School at Sandy Springs Friends School, while also serving as President of The Glasgow Group, a consortium of dynamic, innovative consultants. 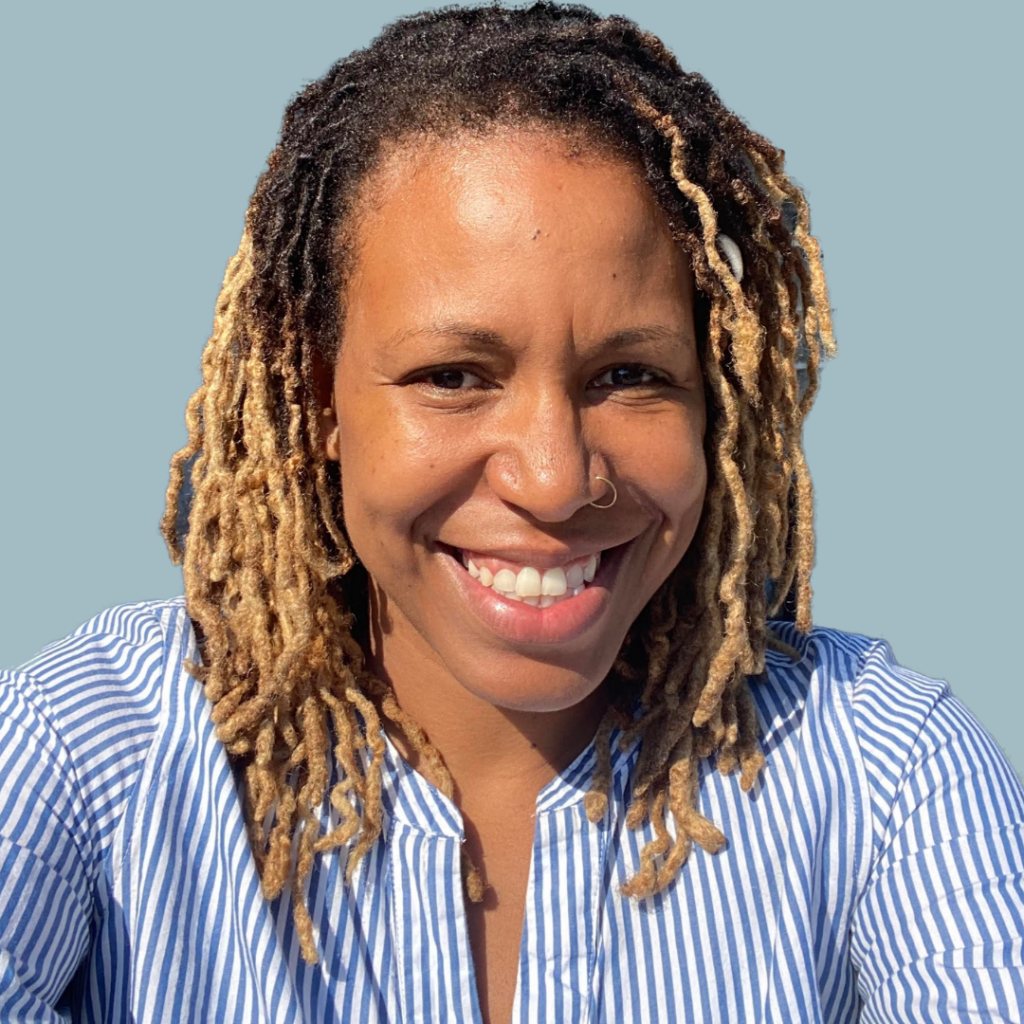 Ryan Glover Harrison is the Director of Diversity, Equity, and Inclusion at DVFriends. Ryan has a Masters in Comparative and International Education from Lehigh University, and a B.A. from Spelman College. Ryan has been in education for nine years, both in public and independent schools, as a teacher and an administrator. In addition to her work in schools, she is also a staff member for the National S.E.E.D (Seeking Educational Equity and Diversity) Project, and sits on the board of the Greater Philadelphia Diversity Collaborative.

Ryan received her BA from Spelman College and her Master’s in Comparative and International Education from Lehigh University. She comes to DVFriends most recently from Southwest Leadership Academy and Mastery Charter Schools. An educator with 7+ years of classroom and administrative experience, Ryan’s work has focused on creating inclusive and equitable learning environments through the use of multicultural curriculum, culturally relevant pedagogy, and teacher training and coaching on developing cultural competency. Ryan also brings to DVFriends her experience as a trainer and facilitator in The National SEED (Seeking Educational Equity & Diversity) Project.

HACKBAC 2022 is a collaboration between the Black Alumni Collective, the Office of Diversity, Equity, and Inclusion, the D! Lab, and The Center for Transformative Teaching & Learning – all based at St. Andrew’s Episcopal School in Potomac, Maryland.